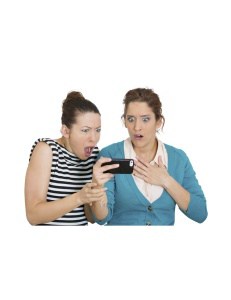 Harnessing the social web is one of the fastest ways to put your online presence on the map. There are three basic reasons why companies use social media to boost their traffic and engage audiences:

#1: Inconsistency. Because It Matters.

One of THE BIGGEST mistakes I have seen in recent years has had to do with inconsistency. You’ll have firms that post a lot of content on one month, and then barely a peep during the next.

From a technical aspect, inconsistently timed posts have a way of getting lost in the social web, because with how advanced newsfeed algorithms have become …if they catch a whiff of spam, then your posts are going to land in solitary confinement. To the newsfeeds, a sudden flurry of posts can look a lot like spam. On the social sense, effective branding has always depended on consistency, and social media is no different.

If you want to stay consistent, then pick a posting schedule that is timed for achieving optimal traffic, and stick with it.

I’ve also seen social sites like Twitter get companies into a great deal of trouble, because the CEO decided to repost a ‘funny’ (but risque’) meme …and some followers weren’t exactly happy about it. Of course, there’s always the predictable ‘apology’ afterwards.

But this shouldn’t even be a problem if you’ve nailed down your brand’s personality and don’t venture outside of it.

The question isn’t how many followers you can accumulate. You want to attract the right followers. Posting content that’s inconsistent with your brand won’t do you any favors, and only harm your company’s overall reputation and credibility.

#3: No Strategy or Direction

You might be posting consistently, and keeping in-step with your brand’s image, but you’ve got to have a strategy if you want to get anywhere. For instance…

I could list a dozen more ways to optimize your post and engage followers on social media, but ultimately, this comes down to your strategy and how well you’ve thought through it.

What could harm your credibility in this regard has to do with numbers. If you’ve been using social media and have done 1-2 posts per day for the past two years …you’re still hurting for followers, then this could make your brand look irrelevant and lacking ‘social proof’.

About the Author: Stephanie

My name is Stephanie and I help businesses build credibility and increase their online visibility. I am the President of Media Driven Results and head the Elite Sales Team at Digital Law Marketing. For the last 17 years, I’ve helped provide my clients with full lifecycle support for marketing initiatives, including custom website design, digital marketing, social media positioning, and ongoing online reputation management. I’m an award winning law firm analyst whose dedication and drive has led my clients around the globe to see significant increases in their web traffic: I work hard so my clients can rest easy.